The Reactive Nitrogen and Oxygen Species are continuously produced within cells to achieve various physiological functions. The nature and fluxes of these species is properly tuned by adaptable and scalable biochemical systems (topic 1). The disruption of redox homeostatic processes lead to cellular oxidative stresses that threaten the structural and functional integrity of cells, tissues and jeopardize many essential redox-bases processes (signalling, bioenergetics, cell cycles…). These dysfunctions are the causes of many human pathological conditions such as neurodegenerative disorders, cancers along with diseases related to the exposure to environmental toxicants. In parallel processes of detoxification encompass all processes that aimed at bio-transforming and/or transporting cellular xenobiotics. Upon stress, the activation of detoxification systems is associated to enzymes related to redox metabolism.

Over the last 15 years, the LSOD team has built a homogeneous research program that focuses:

LSOD’s project is supported by the combination of complementary approaches ranging from Biochemistry (fast-kinetics enzymology, site-directed mutagenesis, protein biochemistry) to Structural Biology (Bioinformatics, modeling and biophysical methods such as EPR or Raman resonance).

Evolution of NO-Synthases structure, activity and biological functions: NO° and NOS in Plants

CYPs, NOSs : Unveiling the structure and functions of haemoproteins

The LSOD TEAM in the academic environnement

François André holds several faculty appointments in either structural biooinformatics and biochemistry, or in drug metabolism. Besides one-time interventions, he intervenes each year in:

He is also partner for training students from the Master ISDD (In Silico Drug Design) of University Paris-Diderot http://isddteach.sdv.univ-paris-diderot.fr/fr/accueil.html), and is a regular member of annual Master jury committees.

François André holds several faculty appointments in either structural biooinformatics and biochemistry, or in drug metabolism. Besides one-time interventions, he intervenes each year in:

He is also partner for training students from the Master ISDD (In Silico Drug Design) of University Paris-Diderot http://isddteach.sdv.univ-paris-diderot.fr/fr/accueil.html), and is a regular member of annual Master jury committees.

LSOD researchers consider as part as their mission to share their knowledge and expertise with the civil society. They consider that this knowledge should be used as much as possible for the common good. Accordingly, they are strongly involved in many aspects of Science/Society relationships from teaching or student training, to various forms of scientific mediation.

As a whistle-blower Jérôme Santolini has been alerting on the human health-related danger of plastics through an NGO he cofounded : “Cantine Sans Plastique”. This NGO unveiled the fact that in school canteens and institutional catering, food was cooked, conserved, warmed up and served in plastics items. Using his scientific expertise, Jérôme Santolini revealed the presence in these plastics materials of toxic endocrine disruptors, some of them yet forbidden[1]. The use of plastics in canteens exposed since their early days children, a particularly vulnerable population, to noxious substances that are related to many pathologies (diabetes, cancers, malformations of reproductive organs, precocious puberty, sterility…). In the absence of regulation, Santolini and CSP obtained in 2018 the ban of all plastics objects from nursery to universities[2]…. The law has been recently extended to include some hospital services such as paediatrics, maternity, neonatology. Jérôme Santolini has co-authored a book on this citizen mobilization: “Pas de Plastique dans nos assiettes” (Editions du Détour, 2018)[3]

Jérôme Santolini has currently engaged his expertise on the question of the carcinogenicity of processed meat and the use of nitrite in conservation processes. This use has been associated for more than 20 years to an increased risk of colorectal cancer, which led the IARC to classify processed meat as “carcinogenic” in 2015. In France, where colorectal cancer (CRC) causes more than 17000 deaths per year, between 3000-4000 CRC cases seem to be directly linked to consumption of “charcuterie”, which led health authorities to recommend to drastically reducing processed meat consumption to less than 20g a day. However, about two third of French population eats more than the recommendation and an intense lobbying has prevented the implementation of regulatory measures. In this context, Santolini has written a few articles to explain the biochemical ground of nitrite use and toxicity and to clear up the confusion concerning nitrate, nitrite and the curing process[4]. He is currently member of the GT NiNa of ANSES whose advice will serve as guideline for the expected French government ruling.

As Administrator of “Sciences citoyennes”, an NGO that is promoting the democratisation of Science, Santolini is involved in a reflexion on the place and status of Science in western countries. He advocates that the pact between Science and Society must be renewed, which passes by a re-appropriation of the scientific system by the citizens, including the steering of research program, the co-production of knowledge, the debate on the social use (and misuse) of knowledge and science-driven technologies. He has organized and animated many seminars on these topics (for example last year on the LPR at the French National Assembly, or on the new forms of scientific disinformation) and authored numerous articles and tribunes in the national press. [5] 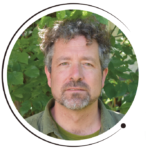