Our team is interested in elucidating action mechanisms of singles proteins/enzymes or within multi-molecular complexes.

Our work allows supplying fundamental basis describing molecular function at atomic level. Our team possesses a strong expertise in structural analysis by crystallography of (i) bacterial, plant, phage and human enzymatic mechanisms, (ii) bacterial transport systems for opines, metals, peptides (iii) bacterial and human proteins interacting with DNA such as DNA repair/modification enzymes, transcriptional factors. For short, we are specialized in the study of protein-protein interactions, protein-DNA and protein-ligand interactions, which are at the center of all the biological processes. Our main theme concern proteins involved in host-pathogen relationship, nutrient transport, virulence. Our team is open to collaborations with microbiologists and biologists interested in molecular level of their study model.

We use protein crystallography to determine the 3D structure of proteins and analyze their function alone or within multimolecular assemblies. The structure-function analysis is completed by biochemical and biophysical studies in solution. Techniques usually used are:

Two examples of our recent works

A species-specific region, denoted SpG8-1b allowing hydroxycinnamic acids (HCAs) degradation is important for the transition between the two lifestyles (rhizospheric versus pathogenic) of the plant pathogen Agrobacterium fabrum. Indeed, HCAs can be either used as trophic resources and/or as induced-virulence molecules. The SpG8-1b region is regulated by two transcriptional regulators, namely, HcaR (Atu1422) and Atu1419. Our structural study revealed that the tetrameric Atu1419 transcriptional regulator belongs to the VanR group of Pfam PF07729 subfamily of the large GntR superfamily. Until now, GntR regulators were described as dimers. We showed that Atu1419 represses three genes of the HCAs catabolic pathway. We characterized both the effector and DNA binding sites and identified key nucleotides in the target palindrome. 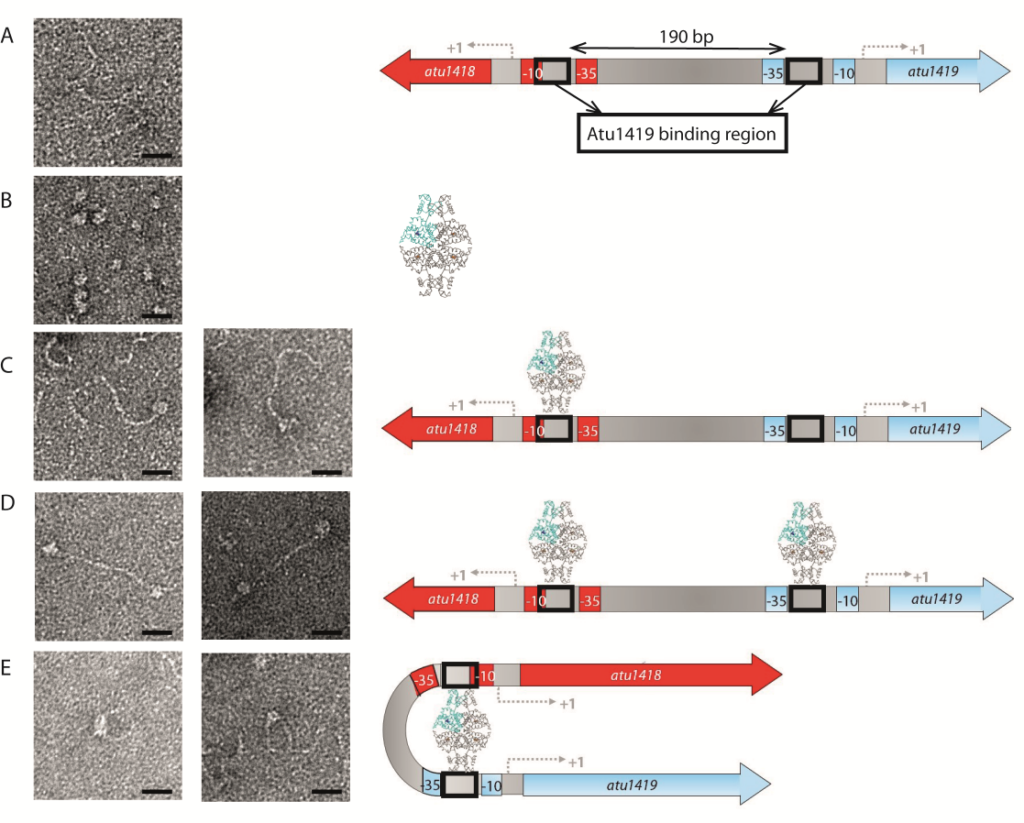 Agrobacterium tumefaciens pathogens use specific compounds namely opines as nutrients in their plant tumor niche. These opines are produced by the host plant cells genetically modified by agrobacteria. They are imported into bacteria via solute-binding proteins (SBPs) in association with ABC transporters. The mannityl-opine family encompasses mannopine, mannopinic acid, agropine and agropinic acid. Combining in vitro and in vivo approaches, our work finalizes the characterization of the mannityl-opines assimilation pathways, highlighting the important role of two dual imports of agropinic and mannopinic acids. Our data shed new light on how the mannityl-opines contribute to the establishment of the ecological niche of agrobacteria from the early to the late stages of tumor development. 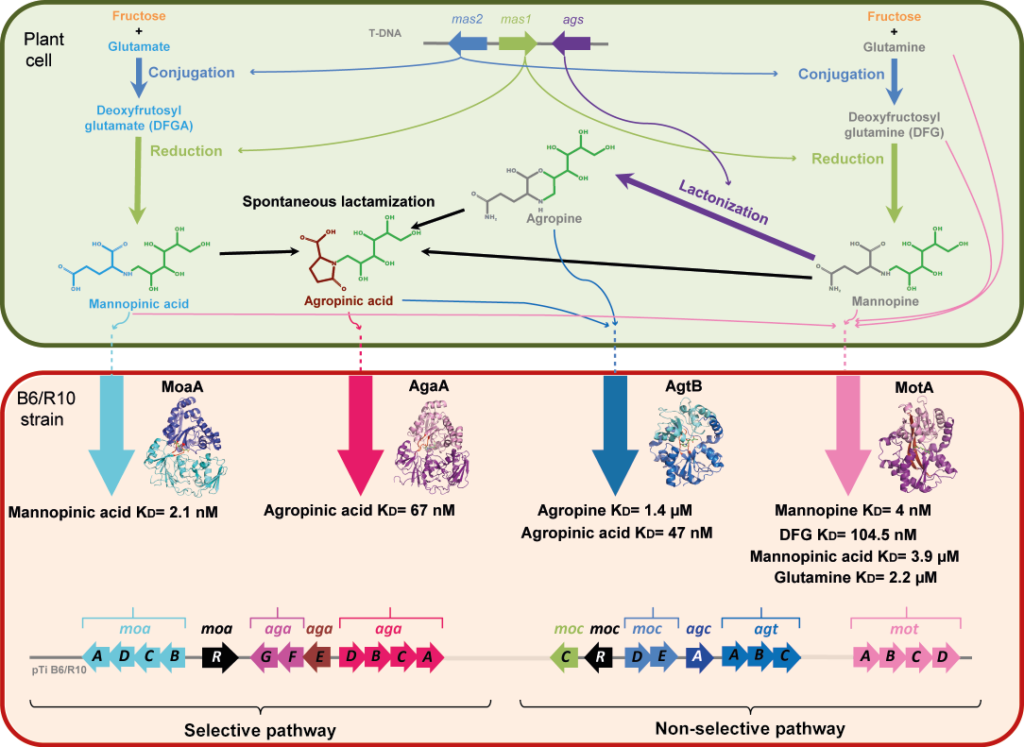 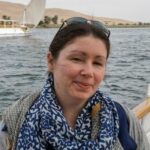