Radioresistance is described as a combination of different mechanisms that are tightly coordinated, including an efficient protection of proteins against oxidation, efficient DNA double strand break repair system, a condensed nucleoid that contribute to radiation resistance and enabling survival from stresses. Several of them are carried by proteins only encoded by bacteria belonging to the Deinococcacae family.

To date, several factors contributing to radioresistance still remain controversial and more remain to be discovered. Also, through global (“omics”) or targeted approaches of molecular biology, genetics, biochemistry, coupled with microscopic analyzes and bioinformatic approaches, we have studied the in vivo role that played several proteins induced after irradiation (DdrB, DdrC, PprA, RecN, RecF/O), or contributed to the determination of their structures. We have also demonstrated that several of these proteins are also key proteins in nucleoid segregation or in the natural transformation of D. radiodurans. One of the features shared by several radioresistant bacteria is the presence of a compact nuleoid before and after irradiation. We also have participated to show the structural changes of the D. radiodurans replicons that occurred as cell progresses through its cell cycle. In order to better characterize the radiotolerance of the archaea Thermococcus gammatolerans, we analyzed the proteome of this archaeon by high-throughput shotgun approaches (representing more than 1000 proteins) and showed that the histones encoded by this archaeon are acetylated under specific physiological conditions. We have also revealed the important role that several proteins encoded by this archaeon play in removing damaged bases in chromosome after irradiation.

In order to coordinate all the mechanisms allowing D. radiodurans to withstand different stresses (DNA-damaging agents or heat shock) we have revealed the important role played by two major transcriptional regulators (DdrI and DdrO). In addition, we have shown that post-irradiation cell responses must be transient and that constitutive expression of genes under the control of the transcriptional repressor DdrO involved in the repair of cell damage leads to an apoptotic-like cell death (DNA fragmentation, lack of nucleoid segregation, membrane bebbling, etc.).

On a more applied level, we have also shown that D. radiodurans can be used as a model organism to characterize the efficiency of different small metallic nanoparticles to improve current cancer radiotherapy protocols.

Finally, we have developed within the laboratory a bioinformatics platform including personalized tools for the analysis and integration of all of our data. 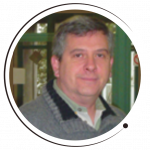