Our main research interest is to decipher mechanisms of translation fidelity in eukaryotes and their integration in cell physiology. We are especially interested in recoding (stop codon readthrough and programmed frameshifting), which represent both a fantastic tool to study translation fidelity and an interesting translational regulation step of gene expression, notably in cancer cells or viruses like HIV-1 or SARS-CoV2. The group belongs to the “Genome Biology” department of IB2C.

Ribosomes are constituted by two ribonucleoprotein subunits acting cooperatively during translation of the mRNA. The small subunit (40S in eukaryotes) contains the mRNA binding site, the path along which the mRNA progresses, the decoding centre where codons are read by tRNAs. The large subunit (60S in eukaryotes) performs the peptide bond formation, and contains the polypeptide exit tunnel. tRNAs enter in the ribosome in the A-site, move to the P-site after peptide bond formation, and the deacetylated tRNA moves from the P-site to the E-site before to leave the ribosome. During each elongation cycle both subunits participate dynamically in translocating the mRNA and the tRNAs by 3 nucleotides. It has long been known that RNAs are post-transcriptionally modified. This concerns all categories of RNAs (tRNA, rRNA, mRNA, nRNA…). However, in recent years it has become clear that these modifications can be dynamic, particularly on mRNAs, and that they involve numerous enzymes (writers, readers, erasers).

Our first objective is now to understand the role of these modifications on the functioning of ribosomes and on the fidelity of translation.

To answer this question, we are developing our approaches both in the yeast Saccharomyces cerevisiae and in mammalian cells. We are also using specific recoding signals that manipulate ribosomes to promote programmed translational errors. These recoding signals are naturally present on some mRNA and induce an alternative reading of the genetic code by diverting the standard rules. They are commonly found in retroviruses (HIV-1) or in coronaviruses (IBV, SARS), but are also found in cellular genes. These motifs are very efficient to disrupt the ribosome accuracy increasing error rate from background (< 5×10-5) to 50%. They represent powerful tools to study the mechanisms of translocation and reading frame maintenance. How modifications present in rRNA, mRNA or tRNA influence the reading of the genetic code is still an open question.

Recoding events also represent an important regulation step in gene expression. Indeed major cellular functions are under the control of recoding, indicating that this translational regulation is not limited to viruses. Moreover, recent studies demonstrated that in cancer cells translation fidelity is modified. To identify recoding sites, and the importance of translation fidelity during cancer we use a variety of approaches ranging from the classical genetics and biochemical to the recently described ribosome profiling approach. This last approach allows studying genome-wide translational regulations at a resolution of one nucleotide! This powerful technic is broadly used in our projects to decipher genes regulations and to identify new coding regions. This is also an opportunity to collaborate with other teams interested in translational regulations.

Our second axis of research consists in studying the mechanisms of translational suppression of nonsense mutations. Ten percent of inherited diseases are caused by premature termination codon (PTC) mutations that lead to degradation of the mRNA template and to the production of a non-functional, truncated polypeptide. In addition, many acquired mutations in cancer introduce similar PTC mutations. A proof-of-concept for treating these disorders was obtained in a mouse model of muscular dystrophy, when administration of aminoglycosides restored protein translation by inducing the ribosome to bypass a PTC. Since, many studies (and clinical trials) have validated this approach, mainly using aminoglycosides. Despite the promise of these treatments for PTC diseases, relatively few new readthrough-inducing molecules have been identified. We are currently searching for new drugs stimulating stop codon readthrough and deciphering the link between stop codon readthrough and mRNA stability. 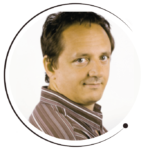